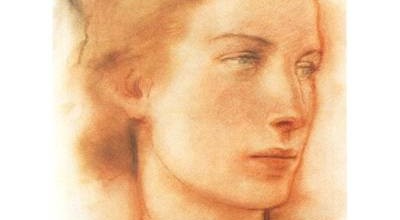 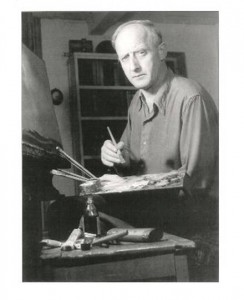 In our eyes, the German painter Wilhelm Petersen, to which we dedicate this short paper, has two immense quality: was an artist capable of representing the perfection of his own people than the Frisians of northern Germany. It 'been consistent with his ideas, no compromise, always putting into practice what he thought as a painter, professor, warrior and family man.

Let us then pay tribute to this painter "cursed". Wilhelm Petersen was born on 10 August 1900 in the family home, Typical traditional wood construction, to Klostersande near Elmshorn in the Holstein region of northern Germany. His family moved to Hamburg in 1912.Tre years later, the young Wilhelm begins to participate in the activities of the youth movement within the group of Artamanen . At the age of sixteen began studying painting under Peter Gustav Doren at the School of Decorative Arts in Hamburg. At the age of eighteen volunteers and is incorporated in the 76th Infantry Regiment in Hamburg. The war ends before it is sent to the front. He then joined the corps and enlisted in the Brigade Ehrhardt and 1919 fights in the streets of Berlin against the Spartakists and the next two years in the upper Silesia and the Baltic. On his return in 1920 works for the Forestry Academy in Eberswalde. Realize numerous frescoes representing his family with the technique of the old masters that inspired by the early work (My Vader). Become a restorer of paintings and painter private. In 1923 embarked as a sailor on a yacht owned by a Count and sailing in the waters Scandinavian. After a study trip to Lapland and Scandinavia in 1924 resumes its work and publishes the first collections of paintings. He married the following year with the Baroness von Vietinghoff-Scheel Frigga by whom he had two daughters. Deeply inspired by the works of Brueghel who discovers the Art Museum of Vienna during a trip adopts a realist but staff, naïf ma minuzioso, which results in a great evocative power of Andersen's fairy tales, the nordic world, Frisian and Dutch. In 1927 he moved to Berlin and worked as an illustrator for various publishers. Meet Alfred Rosenberg and joins the SA and NSDAP. At the beginning of the thirties paints mainly scenes from the life of the people of Friesland, portraits of girls Nordic, female nude scenes and family. His first exhibition takes place in Berlin in 1934. Walter Hansen paints with a fresco for a school and another for a circle of aviation and a mural "The Henrich Gefangenen Ungarn mit" in Quedlinburg Castle at the request of the man he believed to be the spiritual heir of Henry 's fowler. One of his series of paintings on Germanic prehistory appears in the journal Germanenerbe and is exposed in a dozen cities (Lubeck, Copenhagen, Helsinki, Hamburg ...). With the success and subsequent exposures also come awards, receives in 1936 il Gran Premio del Reich League for German history. Then he makes a series of works on the Vikings and the epic of the Nibelungen (Thor faehrt ueber Midgard, Hagen ...) and wood carvings inspired by Edda (Ask, Embla ...). Publish on 1937 a children's book, started after the 1923, Ut de Ooken about the adventures of Puck the Elf. For this book received the Art Prize of Schleswig-Hostein in 1940. Appointed professor in January 1938 Bremen does not have time to start teaching painting. Mobilized in 1938 in the infantry, participates as a gunner in the campaign of Poland. He used this opportunity to draw war scenes. His next enlistment in Division Wiking as a painter of war leads him to Belgium, Spagna e Francia dove si merita la Croce di Ferro. A large retrospective exhibition of his work was organized for the fortieth birthday at the Kunsthalle in Kiel. In 1942 second wife Lotte Luhmann, the grandson of the painter Gustav Doren with whom he had two daughters and two sons. Mobilized again by 1942 to the 1945 produces a huge amount of designs on the Eastern Front. They are works of extreme realism that show all aspects of the war even the scariest. He lost an eye in the forehead at the end of the war and many of his designs are stolen or destroyed by the Red Army. Prisoner in a concentration camp British, can not resume his career in the 1947, at Elmshorn dove, the 16 September, his son was born Hans-Christian. Follow the padre le tracce, buon blood does not lie, and will become the 1974 painter and graphic artist to Esens East Frisian. Wilhelm Petersen still manages to exhibit his works in Husum again in superb Nissenhaus. To keep working as a graphic designer. Appear many of his works illustrated and created the character for children Mecki the hedgehog. He paints again, as in the twenties, numerous paintings of landscapes of Friesland and family portraits with a precision even more penetrating. In 1950 embarks for two years of travel on a ship that took him to Belgium, Gran Bretagna, Spain, Algeria, Greece, Turkey. In the fifties creates many jobs and oil stays in Scandinavia, Austria ed Italia. An exhibition of 238 paintings done in the Bordersholm 1956. Other exposures are made in Germany and Monaco 1969, year in which it receives the acknowledgment of the Deutsche Kulturwerk EUROPÄISCHEN Geistes. L'Guest 1975 is characterized by major events: exposure in the city of Elmshorn, receipt of the award Friedrich Hebbel and the criminal arson of his home, three hundred years old, the 9 April to Klostersande near Elmshorn. The house will be rebuilt in the same year through the efforts of friends and supporters. Totally loses his eyesight in 1978, two years later the city of Elmshorn makes him an honorary citizen and exhibited in the Museum of the North Frisian in Husum. He died on the 24 May 1987 After a busy life, always faithful to its ideals of youth. 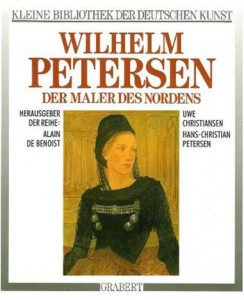 Three magnificent volumes collect the best works of the artist: