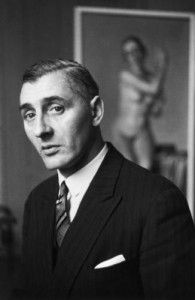 Adolf Ziegler (1892-1959) was one of the most renowned artists of the Third Reich. The German painter reached its greatest fame in the Nazi period as President of the Reichskammer für Künste Bildenden (1936-1943). He died in September 1959 a 67 age. He spent many years in the town of Varnhalt in Baden-Baden. This wine area the painter came and lived in solitude in the postwar years.

Ziegler was born in the city of Bremen. At the age of 19 he began his studies at the Art Academy of Weimar. From 1914 to the 1917 Ziegler took part in the First World War. Already at the time of the Weimar Republic he came into contact with Adolf Hitler and soon became a member of the Nationalsozialistischen Arbeiter Partei (NSDAP). From 1933 he became a professor at the Art Academy in Monaco of Bavaria.
In 1936 was called to the presidency of the Reich Chamber of Culture. A year later, in 1937 Opened note shows "Entartete Kunst" (Art that literally has lost form, Art) "Arte degenerations rata". This criticizing the forms of modern art was the last before the fall of the Third Reich. Until his death was not because of his political commitment no contract or artistic work. In the final years of the National Socialist government fell into disgrace because he expressed doubts about the final victory. He lost his duties for a few weeks and ended up in prison.

Artistically Ziegler belongs to the new realism in the classical tradition of Western painting. He sought to represent an ideal image of man of noble forms, and the beauty of the Nordic women. For this reason it became an important artistic reference to the National Socialist leadership and, in seguito, an exponent of official. Among his most representative works is the triptych "Die vier Elemente" which was purchased by Adolf Hitler and was found at the end of the war in "Führerhaus" in Monaco. Upon arrival of the American troops was stolen as spoils of war.

Adolf Ziegler (1892-1959) is one of the most famous artists of the Third Reich. The German painter came in the Nazi period as president of the Reich Chamber of Fine Arts (1936-1943) to the highest honors in the German Reich. He died in September 1959 in the 67. Age in Varnhalt, a district of Baden-Baden. In this community of a wine region Ziegler lived in retirement after the war and lonely.

Ziegler was born in the Hanseatic City of Bremen. At the age of 19 He began his studies at the Academy of Art in Weimar. Of 1914 to 1917 Ziegler took part in the first World War.
Already in the Weimar Republic got Ziegler 1925 Kontakt zu Adolf Hitler. Soon he became a member of the National Socialist Workers' Party (NSDAP). From 1933 Ziegler received a professorship at the Academy of Art in today's Bavarian capital Munich.
1936 He was appointed President of the Reich Chamber of Culture. A year later, then starts 1937 which he attributed to "degenerate art". This defamation different type of artist Ziegler was ultimately after the fall of the Third Reich's undoing. Until his death he received no orders.

In the fateful life honored him in the governance of favor, because he doubted ultimately the hope of a "final victory" of the German. He lost his state office and was at times even in a prison.

Artistic belonged to Adolf Ziegler to the new realists in the tradition of classical Christian and Western painting. He devoted himself to the representation of the then ideal image of man of noble character, especially the beauty of blonde women.
He was a leading representative of the preferred of the Nazi leadership and later as "art party" designated painting. His representative works was the triptych "The Four Elements". Adolf Hitler had acquired. It was when the war ended in the "cab" in Munich. After the invasion of U.S. troops it was temporarily disappeared as booty of Americans.

The archive Adolf Ziegler has the task of collecting, record and classify the entire work of the German painter Adolf Ziegler (1892-1959). The result of this research will be published in the official catalog. For this reason, the store is cooperating with young and independent art historians, public institutions, Univesità and eyewitnesses in Europe and the United States.

There is a strict copyrigh on the publication of all the works of the artist. The copyright of photographs and artistic images is held by the Ziegler-Archiv / Marco-VG

You can contact us at:
Fax 0228 – 69 79 33 or e-mail address: info@europaeische-kultur-stiftung.org
We ask all museums, institutions, religious organizations and private collectors around the world to inform the work of Ziegler in their collections. All information will be kept strictly private. The archive Adolf Ziegler is a non-profit institution.

The Adolf Ziegler archive has the task, the complete works of the German painter Adolf Ziegler (1892-1959) capture. The aim of academic study is an official catalog of his paintings and designs as well as the collection of his speeches, Texts and the rest of the literary estate. This is done in collaboration with independent young art historians, public institutions, Universities as well as witnesses in Europe and United States.

The complete works of Adolf Ziegler is protected by copyright. Das Copyright to Photo- and image publication lies with the Ziegler-archive / Marco-VG

The Ziegler archive asks Museums, Institutions, to allow religious institutions and private collectors to register with them and existing works by the artist in the archive. Even documentation, Documents and letters are included in the list. All your information will be kept strictly confidential on request. The legal data protection regulations are observed. Only registered at the archive works to be included in the catalog raisonné. The Archive works on a nonprofit basis

THE ARCHIVE ADOLF ZIEGLER
© Adolf Ziegler (1950), EKS and Marco-VG (1970)
The Adolf Ziegler Archive has the main goal to register and verify all the works of the German Painter Adolf Ziegler (1892-1959) The results will be published in an official oeuvre catalogue. For this reason, the archive cooperates with young independent art historians, public institutions, universities, as well as with eye-witnesses in Europe and in the United States of America.

Please note the strict copyright on all the works of the artist. The copyright for publishing photographs is held by Adolf Ziegler-Archive / Marco-VG

You may contact us any time in Germany at:
Fax 0228 – 697933 or email: info@europaeische-kultur-stiftung.org

We kindly request alls museums, institutions, religious organisations, and private collectors all over the world, to inform the archive on works by Ziegler in their collections. All information’s will be kept by us strictly confidentially. The Ziegler-Archive is a non-profit institution.

HISTORY / History: The Degenerate Art and Germany text of the speech by Adolf Ziegler to open the exhibition "Degenerate Art", 1937 in Munich. 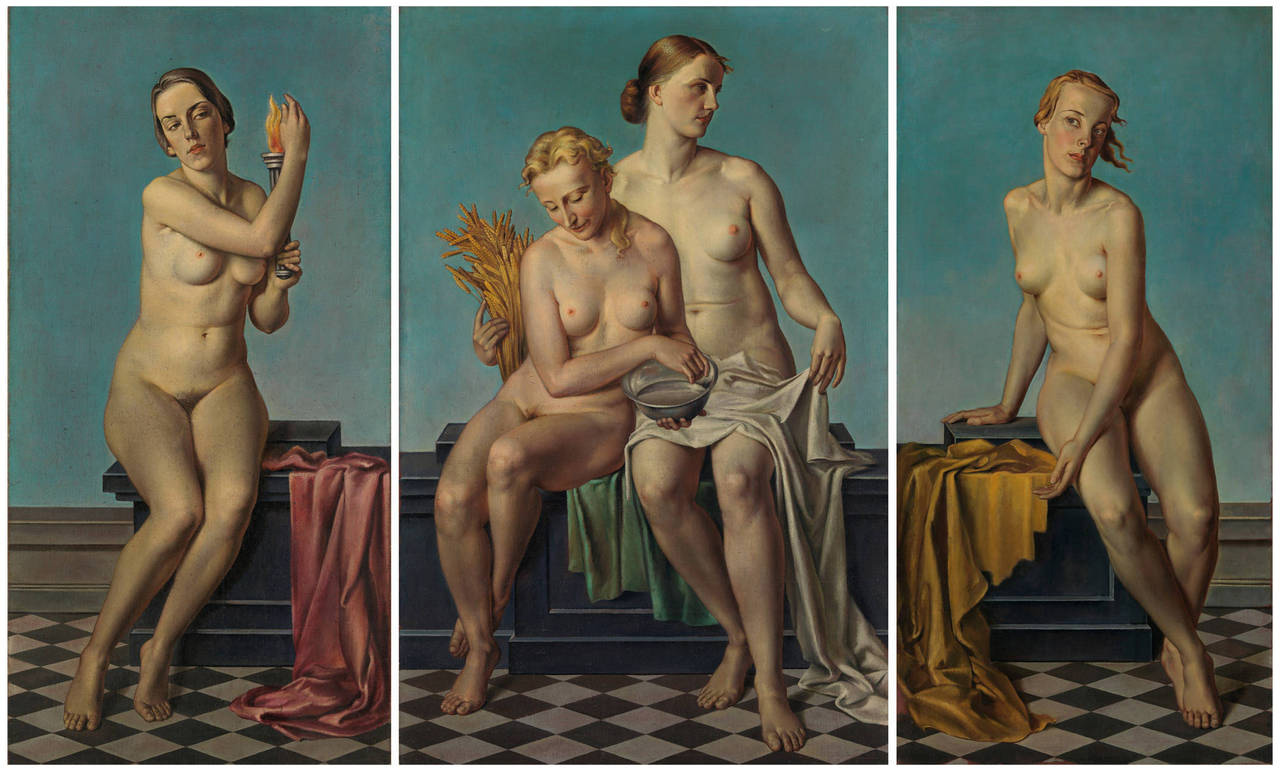 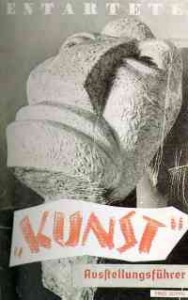 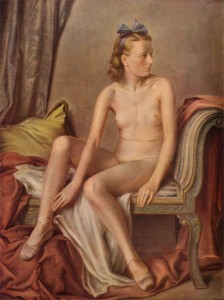 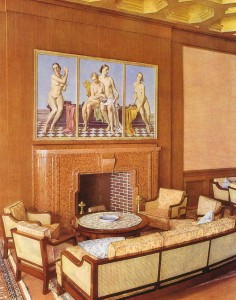